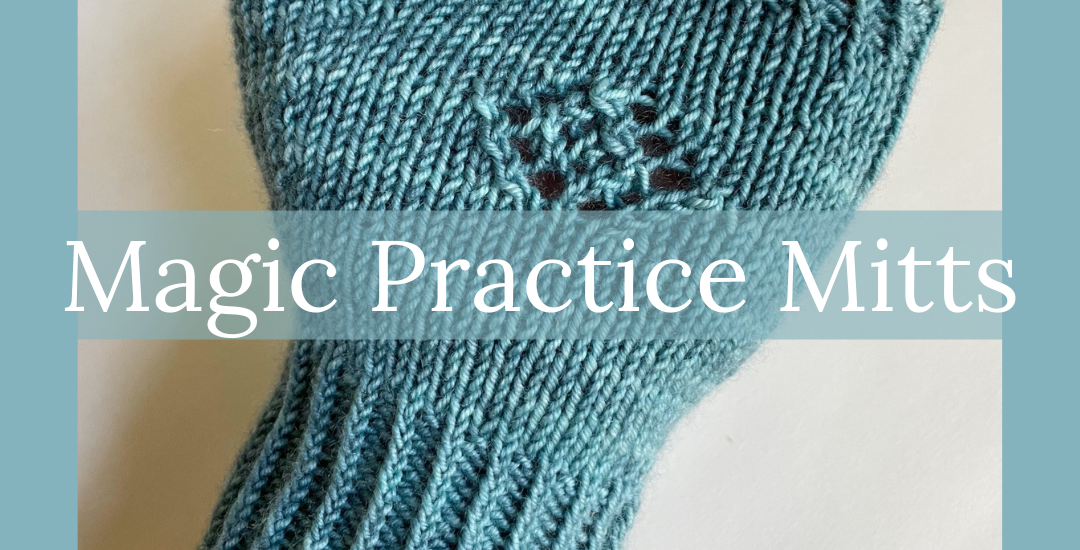 A little over a year ago, I published my Dragon Magic Cowl pattern, which was inspired by Sabryn, a YA fantasy book I published this past January. I’m very excited to release the next book in the Charmwood Chronicles, Firstborn, in which Sabryn’s daughters join the adventures. Here’s the back cover blurb:

To go straight to Ravelry to purchase the pattern, click here.

To go straight to Amazon to purchase Firstborn, click here. You can also find the paperback at your favorite bookseller or local library.

Here’s the scene from Firstborn that inspired the pattern:

Zia settled herself cross-legged in the sand, her back against a rock. She held her cupped hands palm-upward in her lap and closed her eyes. She could feel Mum standing nearby. Zia took a deep breath and turned away from her outward senses, following the inward paths toward her center, the core of herself. This core gave her the ability to control her magic. And near it, but not too close, was the well of magic. The well was what she was aiming for now. She followed the familiar paths, feeling the comforting rhythms of breath-in-breath-out and thub-dub-thub-dub, until she reached the well. It was deep and golden, calmly bubbling up from below like a spring. Zia bent down, imagining kneeling by the pool and dipping one hand into the golden liquid. It tingled on her skin, and she grinned. She wanted to stay and play with it, but she knew Mum was waiting. She cupped her hand and scooped up a small palmful of the magic, letting it drip through her fingers just a little. Then she rolled it between her two hands in a very unliquidy way, feeling it take shape. She focused her mind on what she wanted it to become, letting that image and the feel of the magic itself fill her. At last she opened her hands and what she held was a small green pea pod, full of round peas, as though she had just plucked it from the garden. She smiled to herself. Small and simple.

Her time wasn’t up yet, so she continued to wander the paths, carrying her little pea pod with her, wondering what else she might discover. At length, she heard a bark in the distance, and she retraced her steps outward again until she could hear sea birds and smell the salt air. She opened her eyes and blinked for a moment. She looked down at her cupped hands. The pea pod rested in her palm. She closed her fist on it. When she opened her hand, it was gone.

Zia stood up slowly and dusted the sand from her skirt. Kar was watching her. She smiled at him. “Magic practice,” she said.

I used the same twisted rib that I used in Dragon Magic for the cuffs and thumbs of the mitts, and I carried a bit of it up the side of the hand to give a little extra stretch so that this pattern can be one size fits most.

One side of the mitt is plain stockinette stitch, while the other has a small lace motif. If you prefer, you can wear the lace on the back of the hand, but I wear it on the palm, as if the lace is the magic cupped in Zia’s hands.

Get your copy of Firstborn here!