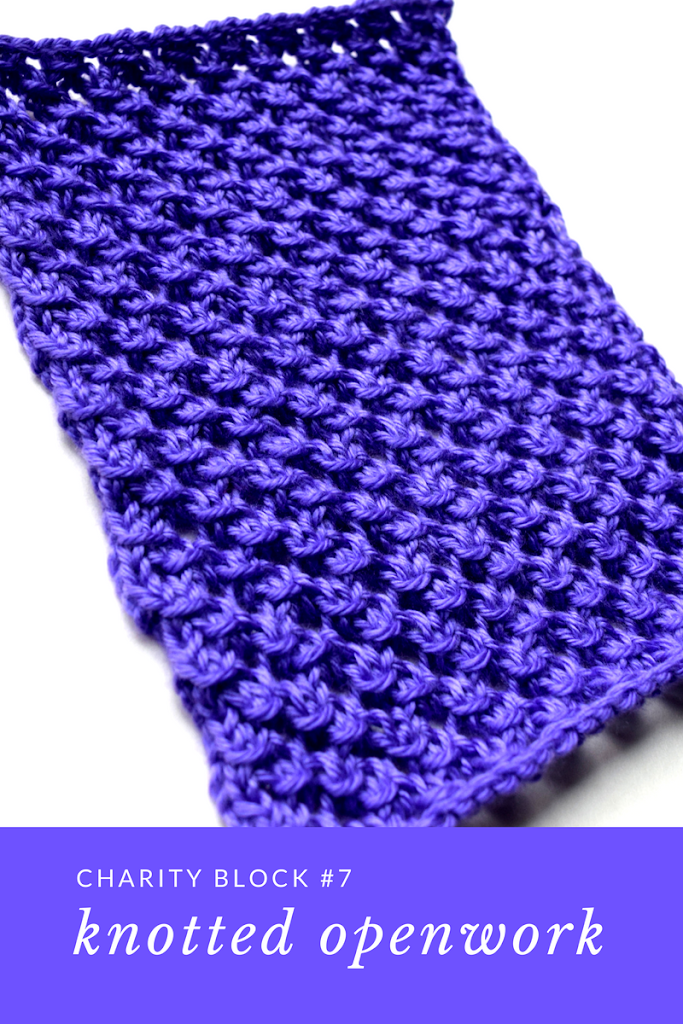 One of the reasons I like knitting blocks for Warm Up America is that about halfway through my big projects I get bored or frustrated and need a break, and these blocks are just the right size to knit quickly before going back to it. Another reason, though, is that sometimes I want to try a new stitch pattern that I’m considering using for a new design. Instead of knitting a swatch that I’ll just frog later, I’d rather try the stitch on a block that can become part of a blanket to keep someone warm.

I found this stitch pattern on knittingstitchpatterns.com. I like the knotted look. It’s lacy, but it’s also really easy. I thought it might work for a pattern I have in mind for the future, so I decided to try a block.

I like the look of the resulting stitch pattern, but it’s overall not the most successful block. It stretches oddly, so that one side gets very long while the other does not. It absolutely MUST be blocked, and even blocking doesn’t totally fix it. I’m going to have to get a little creative when I sew all the blocks together at the end. (I’ve decided that I’m going to sew the blocks together myself rather than sending them in for the WUA volunteers to do it.) I don’t recommend this as a block to try if you’re sending in individual blocks.

In the end, the crookedness of the block showed me that the stitch pattern won’t work for the pattern I’m designing for down the road. It’s a pretty stitch pattern, though, and it’ll look nice in the blanket once the blocks are sewn together. And you never know whether something will work unless you try it. That’s what swatches are for, after all! 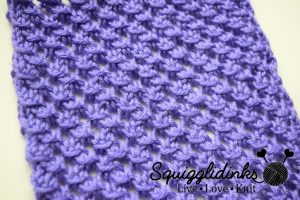 Cast on 30 stitches.
Follow stitch pattern here. (They have a video tutorial if you want one.)
Continue until block measures 9 inches from cast-on edge. Bind off.
Sew all ends under. Block into shape. 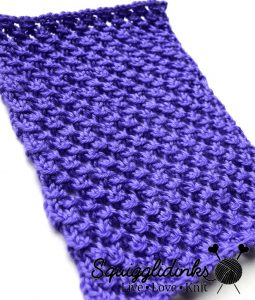