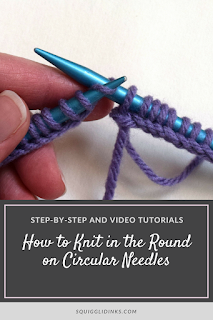 So how do you decide which length you need for your project?

You want something that’s a few inches smaller than your project circumference.

This isn’t a comprehensive list at all. But it’s a starting point at least.

(You can also use the longer circular needles for knitting blankets, shawls, and other large flat projects. Just knit with them like you would straight needles, letting the cable between the needles hold your stitches for you as you work.)

Once you have the right needle length for the circumference of the project, it’s time to start knitting:

Cast on the number of you stitches that you need. You’ll cast on to one needle just like you would with a straight needle, allowing the stitches to slide along the cable section between the two needles.

Lay your needles flat on the table or another flat surface so that they form a circle. (If you’re a righty, it’s best to do this with your working yarn at the end of the needle on the right.) Your cast on stitches should make a nice, clean circle around the inside of your needles. You do NOT want them twisting around your needles.

Once you have your stitches in a neat circle inside your needles, pick your needles back up as you would to knit. 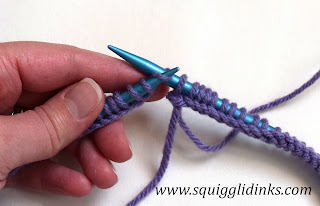 Keep knitting (or knitting and purling, following the pattern for the first row).

When you get to the end of the first row (you can tell when you reach the tail again), you’ll want to place a marker so that you always know where the beginning of the row is. (You can do this at the beginning before you join the stitches if you want, but it’s one less thing to deal with at the beginning if you just wait a row, and I’m all for keeping things simple.) 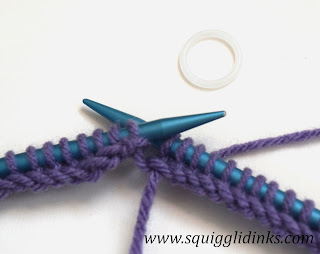 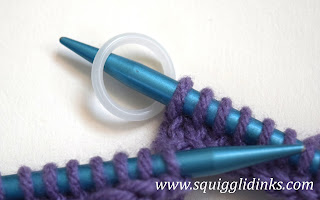 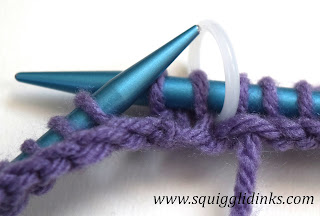 There may be a little gap in between the last stitch and the first stitch (where you’re placing the marker), and that’s ok. Just keep going. As you practice, that gap will get smaller and smaller, and you won’t notice it at all once you’ve knit a few rows further.

It’s always a good idea to check every so often in the beginning (for the first couple rows at least, especially if you’ve had to put it down for a while) to make sure your knitting is still making a nice circle inside your needles:

Here’s a little video showing how to join your knitting in a circle. (Sorry, I babble in this video…)

Is there a project that you’ve been wanting to try but haven’t started because it’s worked on circular needles? Are there still questions holding you back? Ask me in the comments!