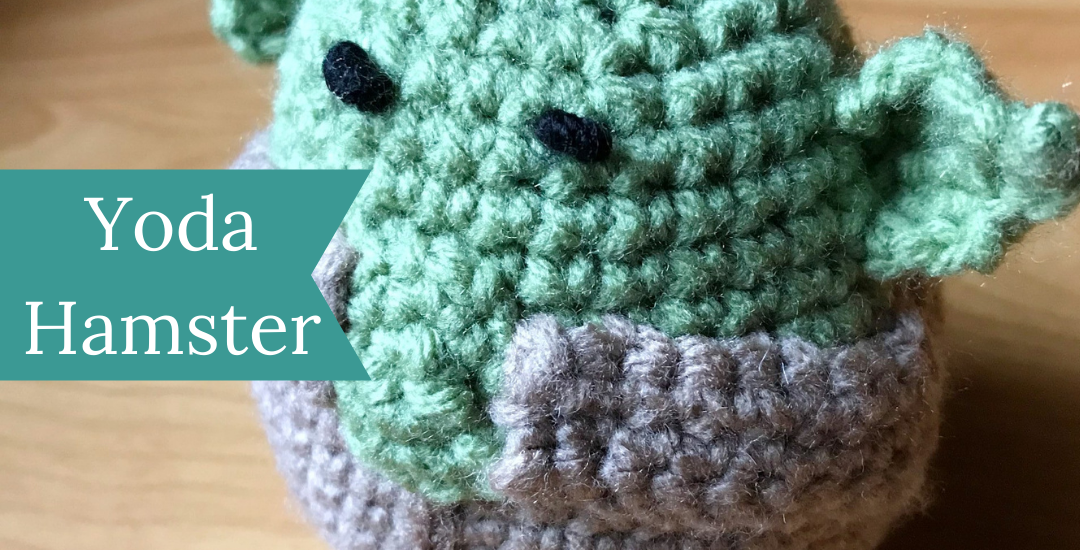 Munchkin loves hamsters. I’m not sure why. He loves all animals. When he was a toddler we used to stop at PetSmart when we were out running errands, just to look at all the animals. Then out of the blue, a few weeks ago, he adopted a hamster magnet as his new favorite toy. But, being a magnet, it was easily lost as soon as it was off the refrigerator. After several days of trying to find it, I decided to make him an amigurumi hamster which would be harder to lose. I followed a free pattern from Grace and Yarn with only a few modifications: I used a size F hook instead of the E hook she recommended, and I used french knots for eyes instead of safety eyes. (I make amigurumi so rarely that it’s not worth buying them.) I also ran out of white yarn, so I switched to taupe earlier than recommended.

Of course, you can’t make a little “stuffy” for one kid without making one for the other. When Little Bear saw what I’d made for Munchkin, he immediately asked for what I had anticipated. Well, he asked for a Jedi. First he wanted Anakin Skywalker, but I ruled out all humans—my amigurumi skills are limited to small, ball-shaped creatures. I used the same hamster pattern from Grace and Yarn to make Yoda, but with a few extra modifications.

This isn’t a full pattern; it’s just notes on the modifications I made to the hamster pattern. Leave any questions in the comments!

Yarn: Loops and Threads Impeccable in Taupe and Fern, plus scraps of brown and black.

I followed the instructions for the hamster, using taupe instead of the hamster white for the bottom/Jedi robe. I switched to Fern where the instructions recommended changing to the second color. I continued an extra round or two beyond where they said to stop to sew on the face. Then I slip-stitched the walking stick (brown) down the front of the robe. I used french knots (black) for eyes, placing them a row or two higher than the hamster eyes would go. I finished the head and sewed the end under.

Clasped hands: Make a magic circle with 6 SC. I went on to SC twice in each stitch (12 sts total), but if I were doing it again I might not do that round. His hands look too big to me now. Use tail to sew the circle over the top of the walking stick.

Repeat Row 1 twice more. Cut yarn, thread through last stitch, use tails to sew arms horizontally from each side so that they overlap the hands slightly.

Ears (make 2): These are supposed to be slightly wonky, pointy triangles. I fudged my way through them, so feel free to do the same.

Cut yarn, thread through last stitch, sew that end under. Use tail from beginning chain to sew chain edge to side of head in a C shape.

So that’s how I made a Yoda hamster for Little Bear. He loves it, and they love them even more because they watched me make them.